House of The Feline Goddess

House of The Feline Goddess 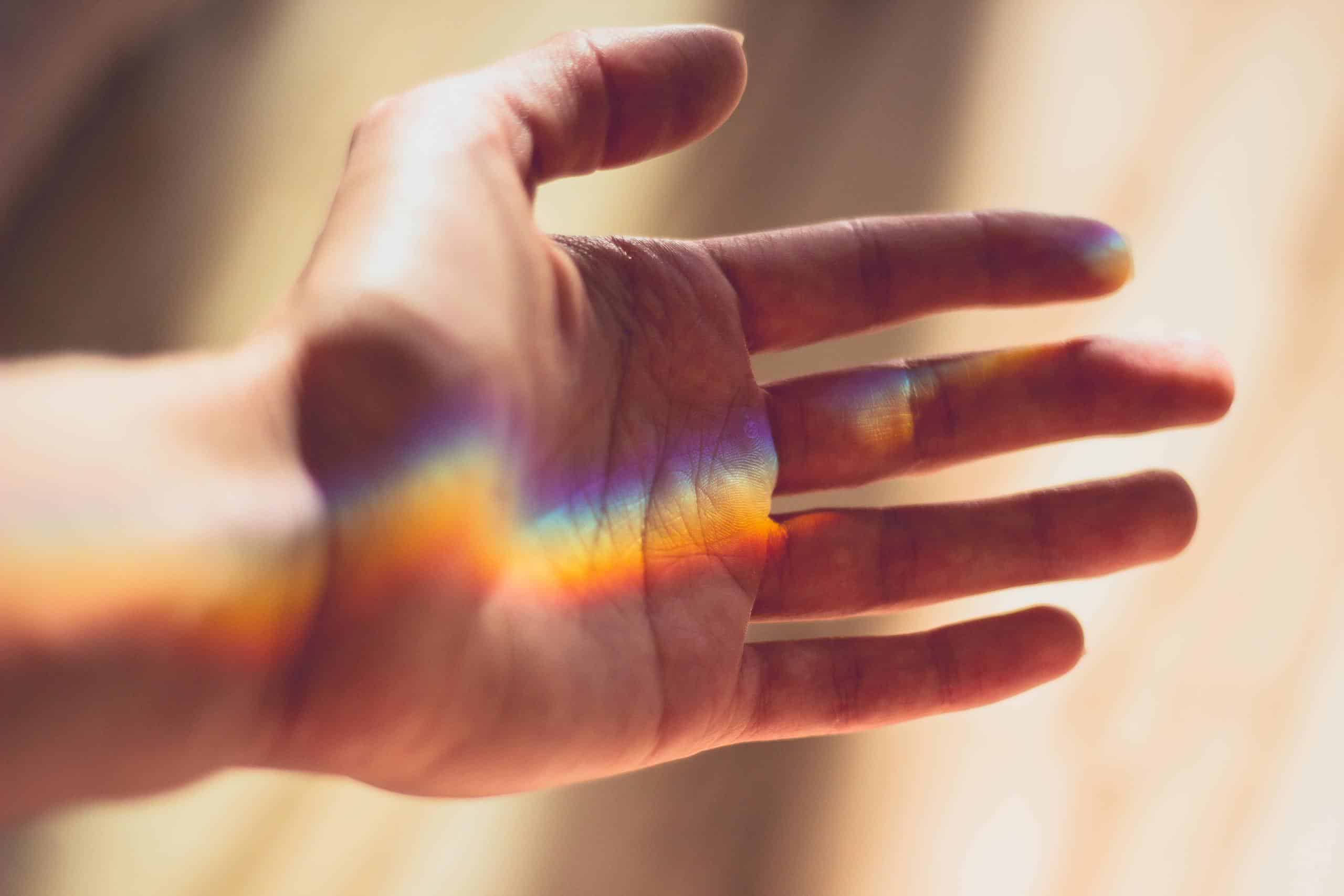 At the Nine Clouds Mountain Qigong Sanatorium near the Six Harmonies Pagoda in Hangzhou, Zhu Hui, a medical doctor and master teacher of Qigong from Tian Tai Mountain, told this Three Treasures story one morning during a tea break. Master Zhu had been practising Chinese medicine for nearly 50 years, and his teaching was always a rich mix of medical, Daoist and Buddhist influences.

The road to unity

A young monk felt he was prepared to deepen his cultivation practice and his master gave the assignment to cultivate inner quiet and discover the secret of the source of life and its application to the preservation of health and vitality. He gave the suggestion to focus on the Earth Elixir Field (Di Dan Tian). After some months of practice, the young monk reported to the master that he felt sure that the most practical answer regarding the secret was nourishment, rest and the conservation of Qi and inner resources. The master encouraged the young monk, “You have found the secret to preserve the Jing and sustain the body, but you have not found the source of life.” The master teacher asked the young monk if he was still interested in pursuing the deeper secret. The monk nodded and the elder gave him the suggestion to focus on the Heart-Mind Elixir Field (Xin Dan Tian).

This time it was considerably longer before the monk visited the elder. When he returned, now older, he responded that the secret of the source of life and its preservation were associated with accepting what naturally arises and bringing love and compassion into the world. The master agreed and encouraged the monk to continue his good work of compassionate service. The monk said to the master, “I know that I have penetrated to the secret of highly refined interactions of the Qi and the opening of the Heart-Mind. It has inspired me to be of service to my fellow humans. It is clear that this sustains life, my own and others. But I have not determined the secret of the source of life.” The master suggested, “Focus on the Celestial Elixir Field (Ling Dan Tian), the entry place of Heaven in the living human being.”

Some years passed. When the younger monk returned he was older. The elder monk said, “Tell me in one word”. The younger monk said, “Unity”. They both smiled quietly, knowing there was nothing more to say. They parted, both knowing that even though they would not meet again, they were always together at the Source.

The power of Qi

When people turn to Qi cultivation, as the young monk, the focus is usually on health and the preservation of the body. When people discover the magnitude of the power of the Qi (after all it is the energy that runs the entire universe), body health and longevity frequently become secondary benefits of attaining peace of mind and heart.

In the tradition of Qigong, it is believed that once you taste or experience one of the treasures that you are destined to pursue the cultivation of that treasure. As you begin to deeply understand and experience your Body Essence (Jing), your Heart-Mind (Xin) or your Spirit (Shen), you will likely be inspired to cultivate them because the promise is so great. When we cultivate Body Essence it leads to vitality and physical healing. When we purposefully access the Heart-Mind and cultivate the treasure of Heart-Mind Elixir it nourishes peace of mind and emotional healing. It is a rare person who does not become attracted to having peace of mind once they have begun to experience it.

What if you were already whole?

The Spirit does not require healing; Shen is inherently and supremely well. Shen resides within the Heart-Mind longing to be revealed, expressed, and radiated. When the Heart-Mind is cleared of its typical restraints including fear, judgement and all sorts of trauma, Shen expresses as radiance. The cultivation of the treasure of Spirit can trigger the release of miracles.

The Heart-Mind is the secret gate through which thoughts, feelings, emotions and attitudes are cleansed and purified. The sincere deepening of Qi cultivation practice requires that intention and will become major focus areas in practice and in life. In ancient traditions, retiring to a cave in the mountains or going to the desert, to disassociate from the material world were primary ways to pass through this secret gate. That is why it is often called the “Mysterious Pass”. It was also called the “dark feminine” in many translations because the Heart-Mind gate operates more on surrender communication and collaboration than on conquest or control. The legendary Bodhidarmha, who many revere for having brought Buddhism to China and who was legendary founder of the Shaolin Temple, faced the wall of a cave in deep meditation for nine years. The intensity of his Heart-Mind purification burned his image into the cave wall.

In modern times, however, most people find it difficult to clear the Heart-Mind, even with years of meditation practice. The intensity of the busy and confused world constantly challenges and activates the nervous system, the heart and the mind. If distraction, busy-ness, constant list making or worry and judgment (of self and others) challenge your Qi cultivation, consider integrating holistic mind/body medicine and group support or counselling along with Qigong and Tai Chi, as complementary tools for helping to clear the Heart-Mind.

In other words, the fire of intent that is required to change Heart-Mind integrity (behaviour) is so dynamic that it radiates a profound heat. This suggests that changing the habits of the personality (Heart-Mind) will require rigour and discipline – Heart-Mind fire.

Intentful mind leads the Qi. You can combine Qigong practice with meditation, purposeful declaration, and visualization into powerful imagery and focus that can be used in either stillness or movement. In the relaxed state, mind (intent) with directed visualization or inner affirmation combined with the body movement and purposeful breath practice purify the Heart-Mind Qi.

When you make the choice to “let go” of a grudge or forgive someone who has been unfair, you are removing a factor that may have been depleting or stagnating your Qi — inner resources. The grudge or withheld forgiveness is not hurting the begrudged or the unforgiven one. Instead, the damage is done to the one who holds the grudge or withholds forgiveness. Holding these kinds of feelings constrains the Heart-Mind, exhausts the Qi and overshadows the incredible but buried splendour of the radiant Shen spirit.

A chant to purify Qi

Declarations and blessings in chants or prayers may be integrated into Qigong practice to sustain the benefits throughout the day – starting upon waking and including the moments before and even continuing into sleep. Zhu Hui, was from the Tain Tai mountain – a melting pot of Daoist and Buddhist influences. He often said it is the mind (Heart-Mind) focus that makes what appears to be a simple exercise into a powerful Qigong practice. He often used the following chant in conjunction with his teaching of one of his favourite Buddhist forms, Lotus Flower Qigong.

Extra Qi is pulled out into nature,
Disturbed Qi is pulled down into the earth.
In this, my heart is purified.
Who seeks Dao,
Will achieve Dao.

This declaration, and any declarations like it, stated with sincerity and intent helps the practitioner to sustain the focus on purifying the Qi in the practice. Everything from physical sickness to mental/emotional disharmony is being dispelled – Qi channels and pathways are cleared with the power of intent. “Who seeks Dao, achieves Dao” is a promise of Qigong, Tai Chi and all forms of Qi cultivation. It acknowledges that cultivation in a purposeful state will connect the practitioner with his or her true state of radiant wellbeing and eternal spiritual life.

Dr. Roger Jahnke, OMD, has dedicated his life to sharing the powerful holistic healing traditions of China. Author of The Healer Within and Director of the Institute of Integral Qigong and Tai Chi (IIQTC), Dr. Jahnke has been a practitioner of these techniques for over four decades and is renowned for the clarity, compassion, humour and depth of his teaching style. Along with colleagues at the IIQTC Dr. Jahnke has contributed to the research evidence base supporting the practice of Qigong and Tai Chi and has trained over two thousand teachers around the world.

Qigong for the Heart & Mind

As devotees of the Goddess of War and Pestilence, we have decided to initiate an open and public online prayer to ”The Lady Sekhmet.”

As we petition her for the protection of our loved ones and make our offerings
In this time of deep transformation and distress.

You can either join us from the comfort of your own home or receive to words of prayer from us directly to chant in your own time.

17th of March
4 pm GMT
CONTACT US FOR INVITE.

The Time is now.

“Next to Every Successful Man there is a Powerful Women.”

In Ancient Egypt women were highly respected for their feminine wisdom, knowledge and heart strength.
Priestesses were the initiators of Kings until the 5th dynasty and Wealthy Man would show their connection to wise women in art as often as possible.

Pay close attention to the body language in these images. Because not only they are carrying deep symbolism, but some of these gestures and body positioning has the potential to generate and transfer access energy and change the vibration of the body.

The true holy trinity
Is the Divine creator and creatrix in their most aligned fo and the holy child representing the embodiment and potency of their union.
#egyptianmysteryschool #holytrinity #divinefeminine #divinefeminineenergy #divinemasculine #holychild #blessed #embodiment #love #awakening